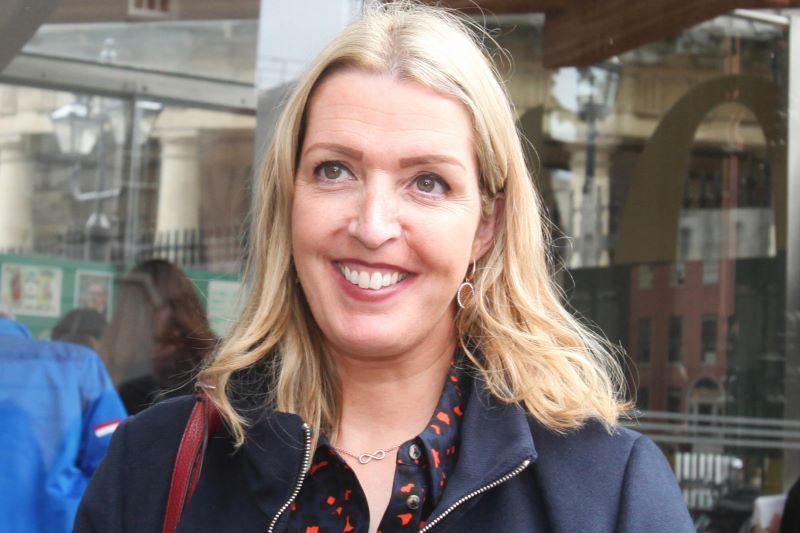 Vicky Phelan, died on November 14 at the age of 48was buried following a private service in accordance with her wishes.

“In accordance with Vicky’s wishes, a private funeral has taken place,” her family said in the notice posted Nov. 18 on RIP.ie.

Phelan died “peacefully” on November 14 at Milford Care Center in Co Limerick “in the presence of her loving family, after a long illness borne with great dignity”. his family said in the RIP.ie notice.

“May she rest in peace.”

Phelan’s family asked donations to Milford Care Hospice in Limerick instead of flowers.

His family said that messages of sympathy can be expressed by the condolences section on RIP.ie or cards and messages of comfort can be sent to Cross Funeral Home, 2 Lower Gerald Griffin Street, Co Limerick.

On Phelan’s passing on November 14, her family – her husband Jim and her children Amelia and Darragh, said in a statement: “It is with an immense burden of grief that earlier today we said our last goodbyes. to our beloved Vicky.

“She was the heart and soul of our family unit and her passing will leave a void in all of our lives, which at this point seems impossible to fill. We cherish the memories of a loving wife, mother, daughter and sister, who is able to face the struggles of life has inspired not only ourselves, but an entire nation.

“The outpouring of grief and good wishes from everywhere is truly appreciated. Funeral arrangements, once made, will be private, with the opportunity for people to pay their respects in due course.”

Phelan is credited with going public with Ireland’s CervicalCheck scandal after she was wrongly told a Pap test she had in 2011 was normal and was only diagnosed with cancer in 2014 .

The ‘false negative’ was discovered during a retrospective audit and passed on to his doctor in 2016. However, Phelan was not informed for another 15 months. It later emerged that more than 200 other women diagnosed with cancer may have missed previous medical intervention.

In 2018, on the steps of Ireland’s High Court, Phelan gave a now infamous speech where she exposed one of the worst women’s health scandals in Irish history, the cervical cancer debacle. ‘uterus.

Her refusal to sign a non-disclosure agreement led to the discovery that hundreds of other women could have benefited from treatment sooner had they not received false negative results.

Phelan will be remembered with a special musical tribute on tonight’s episode of RTÉ’s The Late Late Show.

Tonight we will remember our dear friend Vicky Phelan, as her fight continues after her death.#LateLate pic.twitter.com/OX7REBc00k