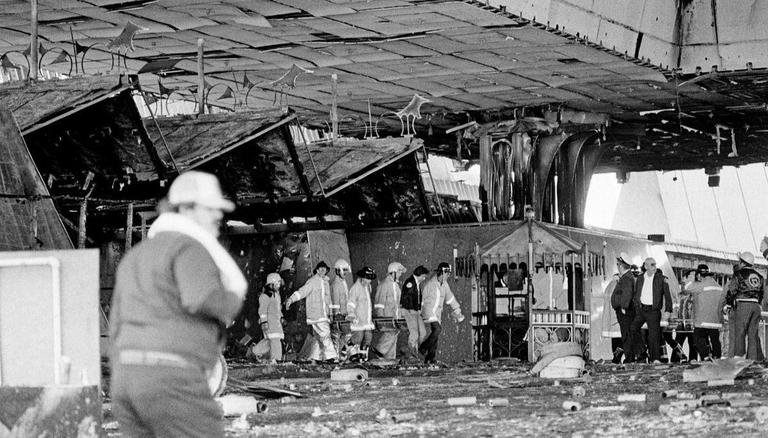 Today’s highlight in the story:

In 1789, North Carolina became the 12th state to ratify the US Constitution.

In 1967, President Lyndon B. Johnson signed the Clean Air Act.

In 1969, the Senate rejected the Supreme Court nomination of Clement F. Haynsworth, 55-45, the first such rejection since 1930.

In 1973, President Richard Nixon’s attorney, J. Fred Buzhardt, revealed the existence of an 18½-minute gap in one of the Watergate-related White House tape recordings.

In 1980, an estimated 83 million viewers tuned in to the CBS prime-time soap opera “Dallas” to find out “who shot JR” (the shooter turned out to be JR Ewing’s sister-in-law, Kristin Shepard. )

In 1985, US Navy intelligence analyst Jonathan Jay Pollard was arrested and charged with spying for Israel. (Pollard later pleaded guilty to espionage and was sentenced to life in prison; he was paroled on November 20, 2015, and moved to Israel five years later.)

In 1990, financier Michael R. Milken, who had pleaded guilty to six counts, was sentenced by a federal judge in New York to 10 years in prison. (Milk served two.)

In 2001, Ottilie (AH’-tih-lee) Lundgren, a 94-year-old resident of Oxford, Connecticut, died of anthrax inhalation; she was apparently the latest victim in a series of anthrax attacks carried out through the messaging system.

In 2020, a federal judge in Pennsylvania dismissed a Trump campaign lawsuit seeking to block certification of Joe Biden’s victory in the state; in a scathing order, the judge said Trump’s attorney, Rudy Giuliani, had only presented “speculative charges.” The Trump campaign has called for a vote recount in Georgia’s presidential race, a day after state officials certified results showing Democrat Joe Biden winning the state. (After the recount, the state’s top election official recertified Biden’s victory.)

Ten years ago: Two weeks after being reelected to a ninth full term in Congress, Democratic Representative Jesse Jackson Jr. of Illinois quietly resigned in a letter acknowledging an ongoing federal investigation. (Jackson would eventually be sentenced to 2½ years in prison for illegally spending campaign money.) Israel and the militant group Hamas in Gaza agreed to a ceasefire to end eight days of fiercest fighting in nearly four years.

Five years ago: Zimbabwe’s President Robert Mugabe, 93, resigned; he was the subject of impeachment proceedings and had been placed under house arrest by the army. Former teen pop idol David Cassidy, star of 1970s sitcom ‘The Partridge Family’, has died aged 67; he had announced earlier in the year that he had been diagnosed with dementia.

A year ago: A man drove an SUV into a suburban Milwaukee Christmas parade, killing six and injuring more than 60. (Darrell Brooks Jr. was convicted of 76 counts, including six counts of first-degree intentional homicide; he would be sentenced to life in prison without the possibility of release.) Ousted Sudanese Prime Minister Abdalla Hamdok, signed an agreement with the military to reinstate him, nearly a month after a military coup placed him under house arrest. (Hamdok would resign in January 2022 after failing to bridge the gap between the military and pro-democracy protesters.) South Korean superstars BTS have been crowned Artist of the Year at the American Music Awards, sidelining challenges from Taylor Swift , Drake and The Weeknd.

(Disclaimer: This story is auto-generated from a syndicated feed; only the image and title may have been reworked by www.republicworld.com)