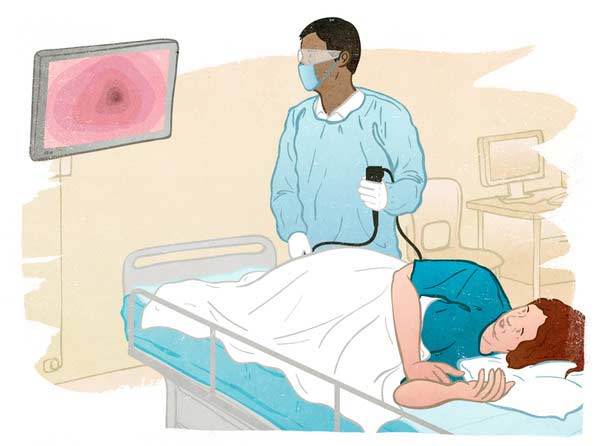 You go to the doctors to find out all that’s wrong with you. Life is a continuous educational journey into unconsciousness and dismay.

On this hike you will hear about heart disease, toe fungus, diabetes and many other conditions that threaten to end your life.

But look on the bright side. There are certain terms you will come across that may or may not resonate. That’s okay, because what’s more important is that you know there are uncool medical terms and cool medical terms.

No need to go to the New England Journal of Medicine or Physician’s Desk Reference to look them up because I’ve put together what you need to know here.

To waste time, let’s start with the less cool terms based on no empirical evidence, but rather unsubstantiated and meaningless prejudice.

I don’t know what phlebitis is but it sounds lame. Is this something the Navy plebs in Annapolis pick up when they feel giddy from all the Puritan discipline they have to go through? Is it a derivative or a cousin of having too much phlegm in the nose?

The answer to both of these questions is no. But phlegm reminds me of asthma largely because both words are a tough sell. But there is more than that. I’m sorry for people who have asthma, but I’m also sorry for them because asthma is not a good-sounding disease. It sucks to have asthma.

I’m not crazy about the term hernia either. A hernia is kind of a thing where you walk into your yard and lift up a pile of rocks and your scrotum pops out. You go to the doctor and he tells you that you have a hernia and you need to stop lifting stones. For this, it charges you $459.

But enough about rock.

Let’s get to the good stuff, the coolest medical stuff. We’ll count them 10 to 1 like they do on New Year’s Eve in Times Square before the ball drops off the Manhattan skyline.

Gotta love this alliteration. And when someone asks you why you’re going to the hospital and you tell them Spine Surgery, they’ll think you’re a combat warrior. Spine surgery is not for sissies. Your spine is basically as important as your heart and Johnson in keeping you alive. If a doctor wants to cut your spine, you’re a badass.

There is no doubt that one of the coolest anatomical words is testicular. Four syllables of glorious literary delights. I know testicular cancer is a serious situation and I wouldn’t wish it on anyone. But if someone asked me what’s wrong and I had the opportunity to say “I have testicular cancer”, it would at least sound cool to the ear and impress the person to who I was talking to. Sometimes good things come from bad things.

Listen to these sounds: Bone Contusion. It looks tasty. I think it’s the contusion that really turns me on because it sounds sinister like “Bone Confusion” or “Bone Fusion” and “Cold Fusion”. What is cold fusion? Stick to the subject.

Something wild and mysterious is going on with you if you have a bone bruise. You are worth thinking about and maybe even writing about.

It doesn’t even sound like a medical condition. It looks like ring jewelry that you move on the sleeve of your tuxedo shirt. Well, the surgery part sounds medical, but the word headline takes me right back to the yellow tuxedo I wore to my junior prom. Everyone wondered why I had chosen this color.

No medical procedure seems more drastic than a lobotomy. For a long time I didn’t know what that meant, but when I found out that it’s when you take out the important part of a person’s brain, my reverence for the word lobotomy soared skyward. .

A lobotomy is one of those things that you don’t even talk about at a cocktail party because people shiver when they hear the word and can be known for a dry heave. The one medical term to use less when cocktailing is phlegm, and for good reason. Phlegm is snot.

Serious and so cool wicked slashed sounds. “Hey man, why are you going to the hospital?” “I have a lacerated disc, man.”

Tell your friend and he will automatically respect you. And be a little confused. Because when he hears the word disc, he immediately thinks of musical tools like a compact disc. Unless he’s a doctor, he doesn’t realize there’s a disc in your body. We cannot know everything.

So we know about comas. Aside from the fact that comas are near-death sleep situations, comas seem cool. At your next cocktail party, listen to all the people trying to share their most awesome stories, like how fast they drove their BMW to the party, and see how they all react when you drop this: “Hey, I was in a coma.”

None of them will come back because none of them will be able to top you saying you were in a coma unless they tell you they died and came back to life, but that probably isn’t because the people who say it are lying or should be viewed with skepticism because it seems like a stretch.

That would have been my number one medical term on this, except when you see the one I picked, it will all make sense. I love tracheostomy for the sound and the sense that if you have a tracheostomy, something bad is happening in your life.

“Hey man, what are you doing today?”

“I’m going to have a tracheotomy.

You will impress with this answer. Anyone who undergoes a tracheotomy deserves respect. They’re going to have their throats slit which could affect their ability to eat and breathe and it’s very deep. It’s like a horror movie procedure for ordinary people.

It gets number two on the chart partly because hardly anyone knows what it is, but it’s a real medical condition that seems out of whack. When you’re lying in bed and getting up quickly with no time for the blood to flow to your head, you may fall on your face and hit your head because you’ve passed out.

While tripping over the Jiffy John, you will simply fall. You have Vasovagal Syncope, which is a name that has no connection to what condition it actually is. Vasovagal Syncope is a Shakespearean witch voodoo mind trick.

This wins this contest for two reasons: it looks like a procedure that Sigmund Freud would have conceptualized and revolutionized had he been a lobotomy surgeon. Or if he had been a psychiatrist, this would be the way he would suggest to one of his patients to recover on their own. “Hey,” he said, “you need a sigmoidoscopy.” surpass yourself.”

But when you consider what a sigmoidoscopy really is, you can’t put this anywhere but in the winner’s circle. This procedure is so horrific and indescribable that medical officials had to create a name for it that no one could logically connect to. It’s a medical understatement using the name of a weird guy, Sigmund, and for that alone he sits above the rest of this list.

Have a sigmoidoscopy and you will become Sigmund Freud.

Sammy Sportface, a sports blogger, galvanizes, inspires and entertains the brotherhood of baby boomers. And you can learn more about his vision and join this group’s Facebook page here: Sammy Sportface Has A Vision — Check It Out Sammy Sportface — The Baby Boomer Brotherhood Blog — Facebook Page

Sammy Sportface, a sports blogger, galvanizes, inspires and entertains the brotherhood of baby boomers. And you can learn more about his vision and join the group’s Facebook page here:

Sammy Sportface has a vision – Check it out