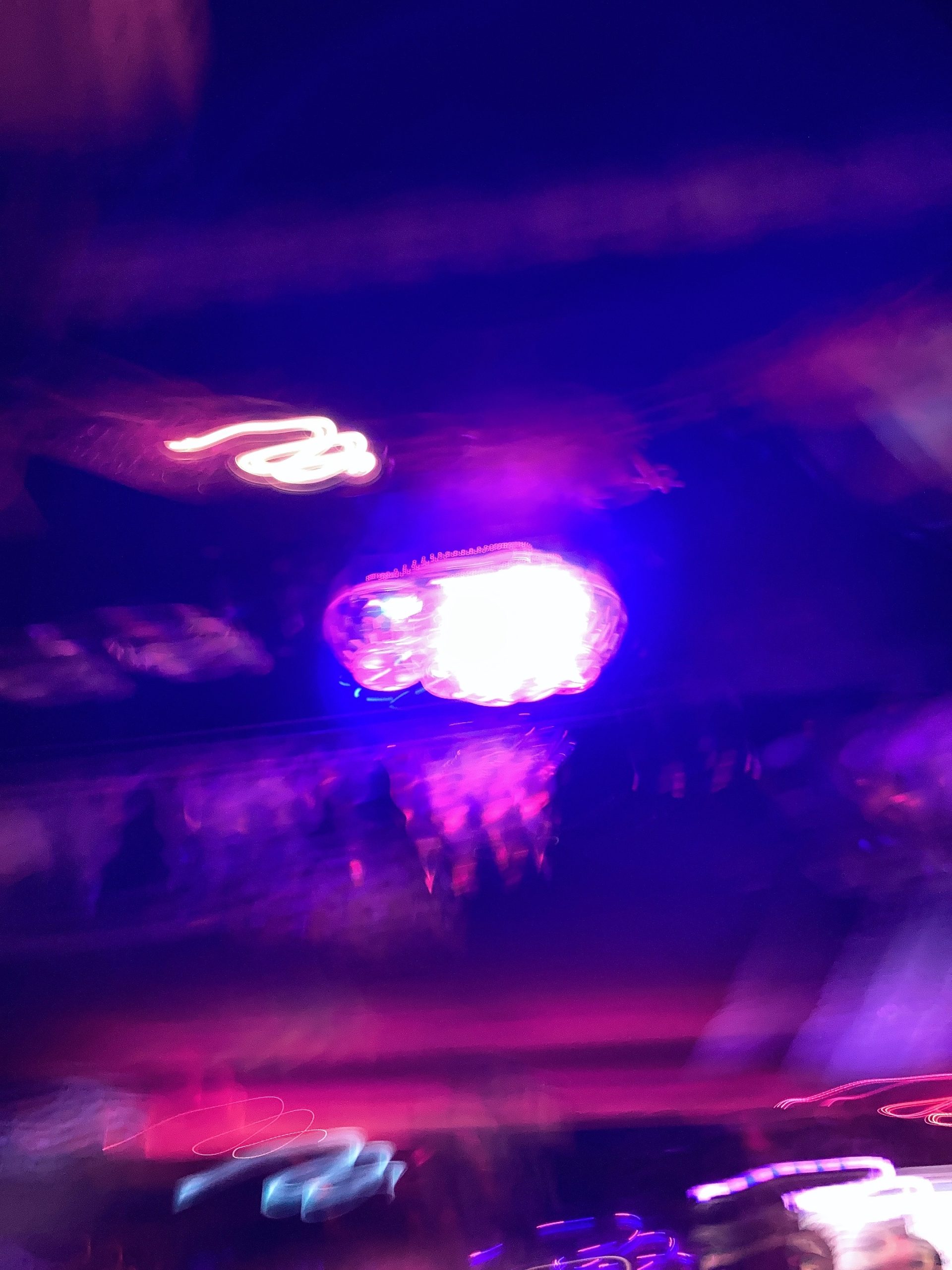 ” You’re not cold ? You should have worn a jacket,” my friend chides me. “You know, this bar usually has a long line.” Her pink, curly hair stands out among the sea of ​​all-black outfits, matching the light seeping inside the bar’s doors. A quick look inside tells any outsider that the bar is decorated like many Korean bars — pink lighting, loud music, and random unrelated artwork splashed all over the walls. The bass-heavy music from inside blends in with the conversations of others online outside – most are in Korean, but I also hear English occasionally – not at all uncommon for the Hongdae area, which is known to be a hot spot in Seoul for Korean and foreign young adults.

It’s not my first time in Korea, nor my first time in Hongdae. I was born in Mok-dong—a neighborhood in Seoul—and I’ve come back several times to visit my family. However, this is my first time to Korea after entering college, and I am not here for the sole purpose of visiting my family. Instead, I’m here as an exchange student.

I turn around in our shivering group, about to crack a joke about how some gardening tools never get cold, only to realize that my friends and I have made it to the front row. The bouncer glances at my German friend, as well as my Indian friend, before deciding to talk to me first. I also happen to be in front, because my two friends know that my Korean sounds more natural than theirs.

“신분증보여주세요.” Please show your ID. He is reasonably bulky and wears a cap over his ears. He glances down the line, but the lack of excitement in his eyes tells me he knows he’s going to have a long night.

The bouncer stares at me as I rummage through my purse for my ID. After a few moments, I pull out a slightly crumpled piece of paper – a copy of my passport.

He glances at it before blinking once, then twice. “한국인 아니에요?” You are not Korean?

“Uh, I’m an American citizen. Born in 2001,” I say distractedly before pointing my index finger to where my birthday is. The bouncer stares at him with furrowed brows for a few seconds before looking at me. He then nods, indicating that I may come in, and I thank him before entering the bar with the rest of my friends.

As I walk through the doors of the bar, I bite my lip several times out of nervous habit. Am I Korean? I don’t blame him for asking me that. Both of my parents are of Korean descent, so I certainly sound like I’m in the role, and since Korean is the first language I learned, my pronunciation is nearly identical to a speaker’s voice native. Why would the bouncer think any differently?

This is also not the first time I have been asked this question or its many variations in the United States and Korea. The issue has different connotations in the two countries, with some Americans assuming I’m “newly landed” and some Koreans mistakenly assuming that only millionaires can afford the immigration process, implicating my parents in the process. Despite these differences, regardless of the country, the applicant almost always asks me about my citizenship, heritage, place of birth, whether I have traveled to Korea or not, etc. Whether it’s in class, at a club meeting, or even a random client at my job, there’s always a follow-up.

I try to push those thoughts away. I’m in a bar, so the only bitter thing present tonight should be a glass of tequila or a particularly strong cocktail, but I can’t get rid of the feeling that I don’t belong here – in Korea, the country where I was born in. The country where my whole family grew up and still lives.

I had thought that my dilemma about my identity would dissipate when I saw that I was accepted into my study abroad program. I relished the possibility of no longer being a foreigner once in Korea. I watched the part and spoke the part just enough to pass for a local. For once, I could finally be like everyone else around me. I could be quite ordinary.

It was my mistake, of course, to think it might work. How could I try to be someone I wasn’t? I knew I was not a “real” Korean by their definition. I didn’t make any cards parent’s day in kindergarten, I haven’t taken any after-school classes since elementary school and I haven’t laughed at the “Cheese in the trap“Webtoon with my college friends. I never carried a bag for my school shoesand I certainly never took the notoriously difficult college entrance exam.

The term “Korean American” never quite felt right either. My immigration status was constantly questioned – I was asked if I had a green card in third grade and a sixth grade teacher asked me about my mother’s citizenship. It wasn’t just the legality of my immigration that made me feel like a foreigner. My family had no network outside of Korea, so the sense of community was often lost on me. What I experienced at home also seemed so different from my peers. I grew up learning neo-Confucian values, listening to 1980s Korean ballads, and waiting until it was late enough to call my grandmother and aunt in Korea every weekend. Growing up with these values ​​clashed with what I had learned in the United States, like wearing shoes inside a house and calling adults by their first names. It finally occurred to me: why should I call myself a Korean American when Americans have never really accepted me and, in turn, I have hardly felt any connection with them ?

So if I wasn’t Korean or Korean American, then what was I? “Diaspora Korean” was an identity I had considered, but due to its invisibility, using it meant that I often had to explain its meaning and then give a brief overview of why I had chosen it. “Korean” and “Korean American” were both recognized by Koreans, Korean Americans, and Americans—recognition that made it easier to fill out forms and introduce myself. Both terms were used by both communities, and they were equally prevalent in the media and common parlance. Diasporic Korean was not used by Koreans, and in the United States I hardly ever saw it used.

However, what’s the point of using a term if I don’t feel comfortable with it and it doesn’t really describe who I am? I used to call myself Korean, but I felt like an impostor in front of other Koreans, especially when politics and history came up. I briefly called myself Korean American, but eventually quit because I could no longer ignore how unresonant I was with the second half of the label.

I gradually realized that if I never felt comfortable with “Korean American”, then trying to lock myself into it was not the solution – the same goes for the term “Korean”. While there was the convenience of their use in the American vernacular that made their use somewhat logical, my attachment to these terms eventually eroded due to my feeling that I didn’t really belong in either the other group. Instead of struggling with this discomfort, I realized that I needed to trust my identity and the term that, despite its unpopularity, truly described me: being a Diaspora Korean. I want to be confident in my identity, and hiding behind terms I don’t really resonate with is only doing me a disservice. Being a Diaspora Korean woman and coming to terms with her unfamiliarity and general lack of grounding has been difficult, but I know that identifying with a term that I truly resonate with will help me not only accept myself, but loving in a way that hides me behind terms that I’m not really comfortable with won’t allow me to.

MiC columnist Yunseo Cho can be reached at [email protected]