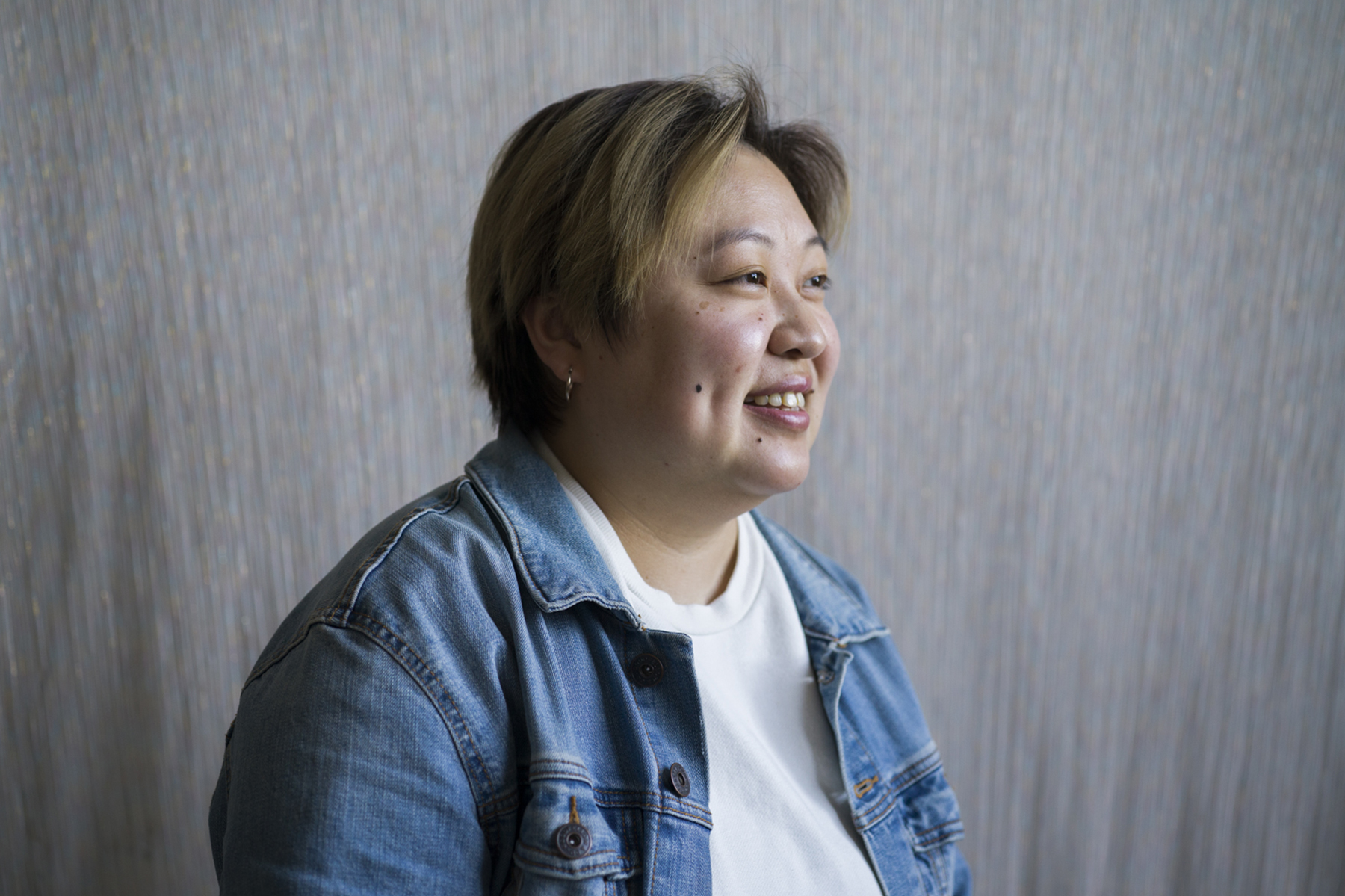 Raised in a traditional Hmong household, SUNAH had no queer community to engage with until she joined SOY. They connected with the program because they knew local musicians and poets at the time who attended SOY events.

Through their experiences as a musician, activist and artist, they began to develop a positive vocabulary to identify with the LGBTQ Hmong community.

SUNAH hopes to replace the negative language some members of the Hmong community use to describe LGBTQ people. There is no known word for queer or gay in the Hmong language. Terms from various Asian languages ​​are sometimes used to describe the community; some have a negative or dismissive connotation.

“It has a direct impact on me because I believe language influences how people treat each other,” SUNAH said. “If we’re connected to negative energy and a negative word, that’s how people are going to see us.”

Seeing an opportunity to address the issue of language through music and speech, SUNAH applied for a place on The Cedar commission. Located in the Cedar-Riverside neighborhood, the site’s mission promotes appreciation of diversity through music and art. Once a year, The Cedar accepts applications from local artists who create new music and culminate in a performance of their work at a final show.

SUNAH filled a performance slot at Cedar after explaining how their style of speaking and instrumental music tells their story and could help listeners understand LGBTQ Hmong culture. SUNAH’s candidacy stood out from the group reviewing commission candidates, said Robert Lehmann, head of bookings and talent at The Cedar.

SUNAH carried out its work in February 2021 after collecting feedback from gay Hmong people on positive Hmong words that could be used to identify their community. The performance used spoken words and music to examine the need for change in the Hmong language. He also addressed issues such as gender-based violence against queer and trans people.

“I’m not dead yet,” SUNAH said. “I say this because Hmong people who are queer and trans can never imagine that you can live this long because of pain, suffering and rejection. Rejection takes lives. I didn’t think I could live this long. I intend to live a long time.

Since their time at Cedar, SUNAH has focused their work on a local non-profit organization. Working as spokespersons, they assist people from the Hmong community and from Southeast Asia who are victims of gender-based violence. They are recording “No Word for Queer” with the intention of releasing it in the coming months, and are also promoting alternative Hmong words that they hope the Hmong community will start using.

Here is a list of positive Hmong terms and their meanings that SUNAH and the queer Hmong community have developed to describe LGBTQ people:

“In our trans community, we are so connected with butterflies,” SUNAH said. “We were once caterpillars, but we must enter our cocoon to blossom into a butterfly.”

“My homosexuality is so much about freedom of mind, freedom of expression, freedom of desires and freedom from fear,” SUNAH said. “Yet I feel grounded by all the trans and queer ancestry that came before me and by my own experiences as a queer Hmoob person too.”

SUNAH hopes to inspire others to continue creating and promoting positive Hmong language for the LGBTQ community. “I want to leave information behind and create new paths for the generation after me,” SUNAH said. “I think it’s important. Diversity, culture and LGBTQ, it’s bigger than me and it doesn’t stop. We will always have people coming after us… We have to start talking about love and responsibility.