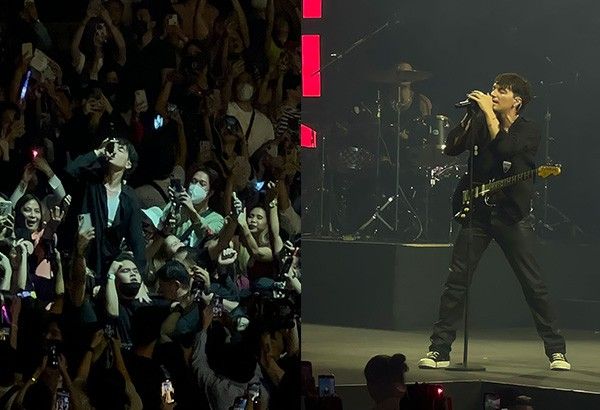 MANILA, Philippines — Pop-rock group LANY have pledged to return to Manila for the rest of their lives.

Yesterday, on the first day of their five-day concert at the SM Mall of Asia Arena, lead singer Paul Klein said the band loved the Philippines so much.

“Manila, we love you. Thank you for the perfect night,” Paul said.

Paul also said that the Philippines have one of the loudest crowds ever.

“Manila, you sing so well. You are one of the loudest crowds ever,” he said.

The biggest performance of the night was when they sang their biggest hit, “ILYSB.” Onlookers went wild as the band sang it as their last song of the night.

LANY will perform again tonight and November 13, 15 and 16 at the Mall of Asia Arena.

The group last visited the Philippines in 2020, performing in Cebu as part of the Plus63 Music & Arts Festival. Their 2022 concert is their sixth visit to the country.

In 2019, LANY had three sold-out concerts at Mall of Asia Arena after their first arena concert at Araneta Coliseum the previous year, which sold out, prompting a second night.