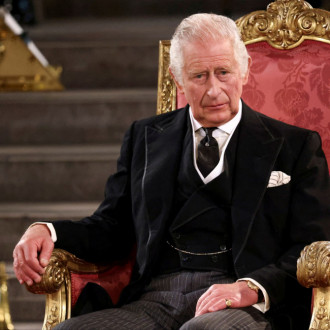 King Charles is reportedly set to pay a bonus to staff members to help them cope with the cost of living crisis.

The 73-year-old monarch – who came to the throne on the death of his mother Queen Elizabeth in September – would personally raise the wages of his employees who earn less than £30,000 a year by £600.

A source said: “The King gives money out of his own pocket to the lowest earners working for the household to help with the cost of living crisis. It is given on a sliding scale with those who need the most and on the lower wages getting the most money.”

The insider went on to claim the pay rise is designed to target members of staff – of whom there are believed to be 491 at Windsor Castle, Balmoral and Buckingham Palace as well as a further 101 employees at Clarence House – in need”. the most” because the royal is “aware” of the rising cost of energy bills.

A source told The Sun newspaper’s Fabulous Magazine: “It’s to target where it’s most needed in the Royal Household and it reflects the reality of the economic situation the country is facing. The King is very aware of the skyrocketing energy bills people are facing and worried about the economic well-being of loyal Palace staff and doing what they can.

The news comes amid reports that the king’s coronation – due to take place in May 2023 – will be scaled down as a reflection of modern times.

A source said: “The King is very aware of the struggles felt by modern Britons, so he will see his wishes come true, while his coronation ceremony must remain true to longstanding traditions of the past, it must also be representative of a monarchy in a modern world. The king has long been a proponent of a streamlined or lean monarchy and this project could certainly be seen as in line with his vision. He has already expressed his desire to continue his mother’s legacy, which includes continuing to recognize what people are going through day to day.”