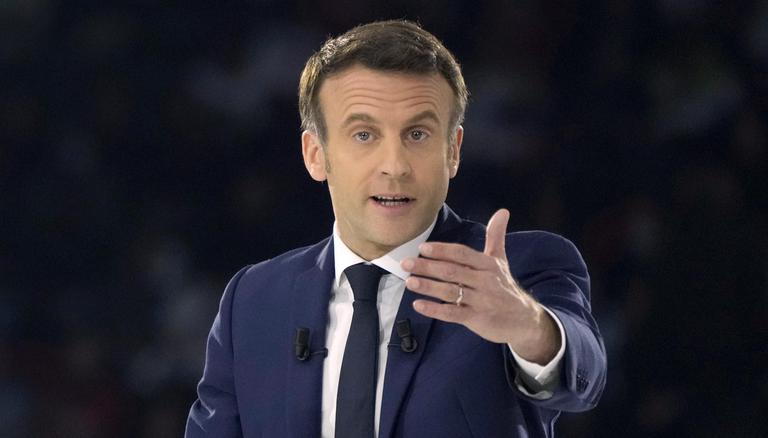 French President Emmanuel Macron said on Monday that the West should step up sanctions on Iran by targeting government officials who take part in the violent crackdown on protesters demanding women’s rights in the Islamic Republic.

Iranian women – and some men – have been protesting harsh government restrictions on their daily lives since late September following the death of 22-year-old Mahsa Amini following her arrest for allegedly violating the city’s strict dress code. Islamic Republic.

Tens of thousands of people across France and Europe marched in solidarity with rebellious Iranians, demanding women’s freedom and an end to the compulsory headscarf. French music and film stars, including two Oscar-winning actors, Marion Cotillard and Juliette Binoche, filmed themselves cutting strands of hair in support of protesters in Iran.

“Women in Iran are waging this fight with exceptional courage under the threat of their lives and those of their loved ones,” Macron told public radio FranceInter in a broadcast on Monday.

Their rebellion against the cleric-led state “burst the ideological bubble” that Tehran sent to the world, Macron said, that Iranians don’t want Western values ​​and women there “were in somehow happy to live in this constant state. obstruction. »

Ongoing protests by young Iranians born after the 1979 overthrow of the monarchy who have lived only in the state ruled by Shia clerics have proven them wrong, Macron said.

“The grandchildren of the (Islamic) revolution are leading a revolution against this revolution,” Macron said.

He added that the West must support them in their struggle, including by toughening European sanctions targeting the Islamic Revolutionary Guard Corps.

“I am in favor of a strong diplomatic reaction and sanctions against the regime figures who are responsible for the suppression of this revolution,” Macron said.

Her remarks were recorded after her meeting on Friday in Paris with four Iranian women’s rights activists in exile.

Iranian Foreign Ministry spokesman Nasser Kanaani criticized Macron for meeting with the activists, who included two US-based Iranian dissidents, Masih Alinejad and Ladan Boroumand. Kanaani warned Macron on Monday that supporting Iranian dissidents “whose true nature is known to the Iranian people” is a “wrong and short-sighted policy” that could endanger France’s “long-term interests” in the region.

(Disclaimer: This story is auto-generated from a syndicated feed; only the image and title may have been reworked by www.republicworld.com)