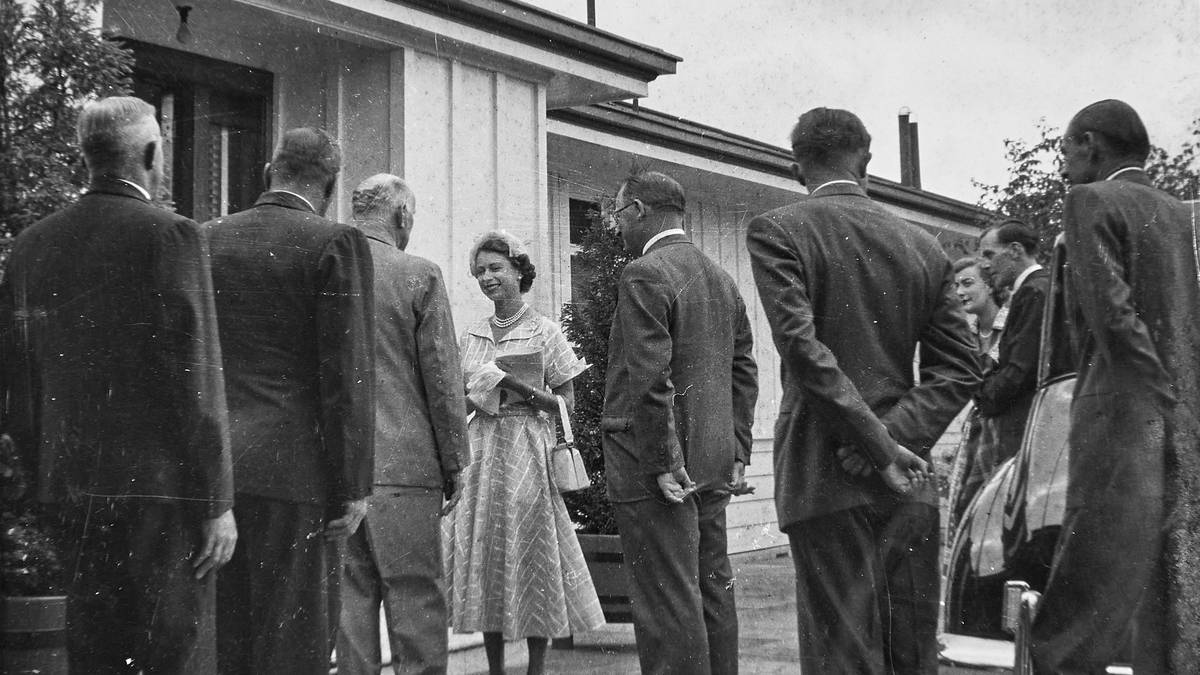 Queen Elizabeth during her royal visit to Rotorua in 1954. Video/British Movietone

“The queen stayed there.”

That’s what Bevin Cavey’s grandmother told him when he got his first job at the Moose Lodge in Lake Rotoiti.

Since arriving at Moose Lodge, Cavey has learned much more about Queen Elizabeth’s five-day stay during her tour of New Zealand in 1954.

“His time at Moose Lodge was all R&R (rest and recreation),” Cavey told the Rotorua Daily Post.

“It was a break between the official engagements she had.”

While at the Moose Lodge, the Queen made several trips on Lake Rotoiti in the lodge’s boat called the Moose, which was owned by Sir Noel Cole.

“The Queen would take the Moose out on Lake Rotoiti,” Cavey said.

“I was told by people present that there were a large number of other boats on the lake trying to catch a glimpse of the young queen.”

In the two decades that Cavey worked at the Moose Lodge, Cavey was told story after story by lodge guests who remembered the Queen’s stay.

“Many guests have visited the lodge during my time here and many of them were present when the Queen arrived,” Cavey said.

“For example, the Honorable Paul East, a former local MP, said he remembered being a little boy waving a flag when the Queen came to the door.”

Cavey also met a man who played in a string quartet during the Queen’s stay at the lodge.

“The quartet were invited to play for the Queen by Noel Cole while he was here,” Cavey said.

“They had to borrow the friend’s hearse to carry all the musical equipment.

“But we were worried about worrying the Queen, so they were asked to park at the back of the pavilion where she couldn’t see the hearse.”

Construction of what is now known as Moose Lodge began in 1898.

The Lodge now has three suites named after its royal visitors. The Queen Suite was named after Queen Elizabeth’s visit in 1954.

The Prince and Princess suites take their name from a later visit by Princess Anne and then Prince Charles.

“A lot of people remember the queen on the lake at night,” Cavey said.

“Some say she would be sipping a gin and tonic but I’m not so sure how accurate that is.”