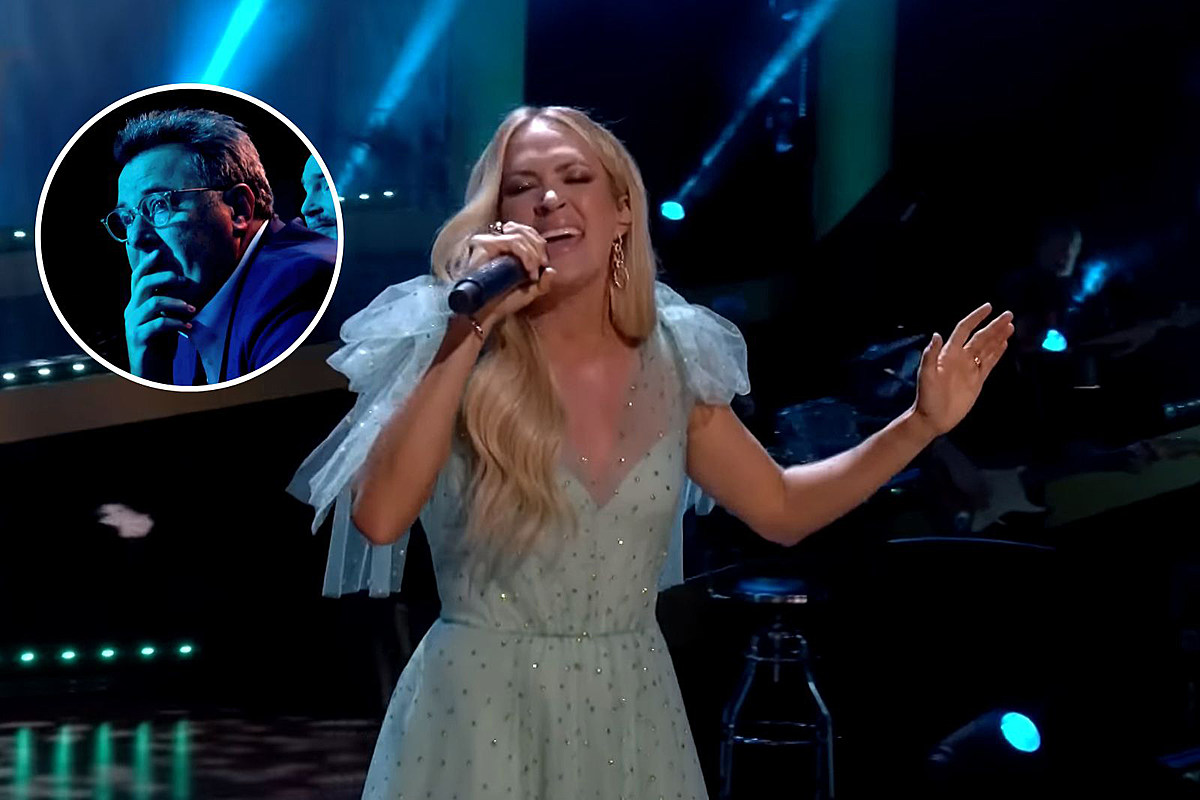 Carrie Underwood was among many high-profile country artists who took the stage to pay tribute to Vince Gill during a CMT Giants episode dedicated to the Country Music Hall of Famer. Underwood delivered a powerful rendition of “Go Rest High on That Mountain” that left Gill visibly emotional.

Underwood takes the stage in a long, soft blue dress, with a single spotlight illuminating her as she begins to sing the song of loss, faith and ultimate redemption. She gives an understated and restrained vocal performance in the opening verse, creating a massive emotional payoff as she launches into a dramatic vocal reading of the chorus.

She continues to build throughout the song, and she includes the new final verse that Gill introduced in 2019, creating an incredibly cathartic climax that had a wet-eyed Gill bringing her hand to her face.

Underwood’s masterful performance earned a standing ovation from the crowd, led by Gill himself:

Gill began writing “Go Rest High on That Mountain” after Keith Whitley died of alcohol poisoning in 1989. Four years later, Gill’s older brother Bob died after suffering a seizure. heart attack, and Gill revived the song, writing the chorus and a second verse. The song reached No. 14 and won the CMAs and Grammy Awards. It has since become one of Gill’s most iconic songs.

CMT Giants: Vince Gill recorded at Belmont University’s Fisher Center for the Performing Arts in Nashville on September 12. The show aired on CMT Friday night (September 16). Brad Paisley, Cody Johnson, StingChris Stapleton and others are among the other artists who have come forward to honor Gill.

Chris Stapleton, Ricky Skaggs, Carrie Underwood, Rodney Crowell and Maren Morris are just a few of the country stars who have taken part in CMT Giants: Vince Gill. The television special, which airs Sept. 16 on CMT, celebrates Gill’s incredible accomplishments as a songwriter, performer, multi-instrumentalist, and collaborator. Take a look at all the fashion and fun captured in these red carpet photos.