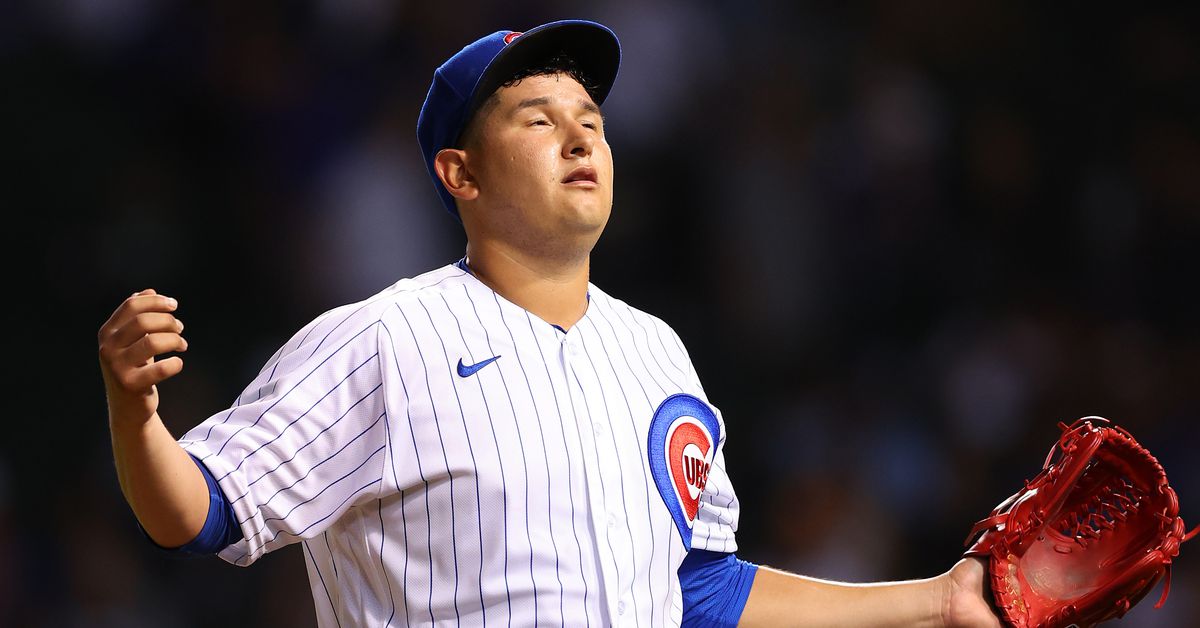 Welcome back to BCB After Dark: the perfect place for night owls, early risers, new parents and Cubs supporters abroad. Thanks for coming by tonight. We’re all off to a great start after tonight’s Cubs game, so come on in and celebrate. There are no cover charges. There are still a few good tables available, so grab them while you still can. Bring your own drink.

BCB after dark is where you can talk about baseball, music, movies, or whatever else you need to relax, as long as it’s within the site rules. Night owls are encouraged to get the party started, but everyone else is welcome to join in the revival the next morning and into the afternoon.

Tonight the Cubs beat the Mets and Jacob deGrom, 4-1. I think we all expected Adrian Sampson to surpass Jacob deGrom. Seriously, deGrom pitched a lot better than Sampson, as you would expect. But he and the Mets lost. . .‘because baseball. Ian Happ threw a wild pitch and hit a home run. The Cubs were the recipients of a bad bunt call from Michael Hermosillo. And then David Bote took reliever Seth Lugo deep. Without a home run late in the ninth by Pete Alonso against Brandon Hughes, it would have been a shutout.

Bad news, outfielder Rafael Ortega broke his finger trying to bunt and is out for the remainder of the season.

Last night I asked you if the Cubs and Mets were still rivals. Most of you feel like there’s not much left since 53% of you said the Mets were “just another eastern Newfoundland team” these days. this. Another 44% said the Mets are still a minor rival to the Cubs, but not what they were when they were both in eastern Newfoundland. I’d be curious to see how the vote broke down by age and geographic location. I think older voters and voters who live in the New York metro area would be more likely to say the Mets are still rivals to the Cubs.

Normally Tuesday night/Wednesday morning I don’t write about movies, but I have a quick note on that tonight. But you can go back and see the beginning of my thoughts on the 1981 film Thief, directed by Michael Mann in his film debut. I will finish my reflection on this in tomorrow’s essay. But if you want to skip the arts section, now is the time.

We lost the great pianist and composer Ramsey Lewis at 87 on Monday. He was also a Chicago icon, and you can see this obituary article aired yesterday on WBBM-TV. As a jazz musician, Lewis was an innovator for the way he introduced elements of soul and gospel to the genre. They are also one of the few jazz groups to have crossover hits on the pop charts, including their 1965 number two hit “The In-Crowd”.

With that in mind, here’s the Ramsey Lewis Trio doing a live performance of “The In-Crowd” in 1990. This version sounds a little different to the 1965 single version with the whoops and handclaps.

Here is the successful version.

Rest in power, Ramsey. And thank you for all the melodies.

The great French director of the new wave Jean-Luc Godard died today in Switzerland at 91 years old. He died of an assisted suicide. Even in death, Godard insisted on doing things his way.

I don’t have the time and the energy to say everything Godard meant for the cinema. You can go back and see what I wrote about his first feature, The Masterpiece Breathless Last year. I wrote that the history of cinema can be divided into two eras: Before Breathless and after Breathless. It was that revolutionary. Godard made several good films after Breathless and even worse, but he never compromised his vision. If he has never taken a picture as good as Breathlessit reminds me of what Joseph Heller said when he was told that he had never written a novel as good as the first, Catch-22: “No one else either,” Heller replied. The same could be said of Godard and Breathless.

We have also lost actress Marsha Hunt over the weekend at 104. Hunt was more of a supporting actress in her day than a starring role, but she was in several important films such as the 1940 version of Pride and Prejudice1943 The human comedy and 1943 Shout ‘Havoc’, which I should really write about a week. It’s a bonkers of a “women’s” war movie about a group of nurses in the Philippines as the Japanese army takes over in 1941. It has a terrific cast and Hunt was one of them starring Margaret Sullavan, Ann Southern and Joan Blondell. Even though the Japanese are about to invade their hospital and take them to a POW camp, the daughters of Shout ‘Havoc’ still time to be in a soap opera.

But Hunt was also an activist, and she was blacklisted in the 1950s, not for her own communist or subversive ties, but simply because she spoke out against the blacklisting of others. She spent much of her time when not working as a humanitarian with various causes and charities she supported. Marsha Hunt was a good actress and a better person.

Welcome to anyone who skips jazz and movies.

Tonight, I’m going to ask you about Cubs rookie pitcher Javier Assad, who has had great results since being called up Aug. 23. Most notably, Assad picked up his first win of the year on Monday after allowing just one run on six hits against the Mets.

Assad, 25, has made four starts and one relief appearance. He posted an ERA of 2.53 out of 21 1⁄3 sleeves. He allowed zero or one run in three of his four starts.

The Cubs hailed Assad as one of the successes of the Cubs’ new approach to developing pitching, as noted in this article from Athleticism by Sahadev Sharma.

So tonight’s question is: Will Assad be on the opening day list in 2023? Do you think a spot in the squad is his to lose at this point? Or do you think he still has a lot to prove and will probably have to prove things in Iowa, at least for the start of the season?

Now, I don’t count the injuries today. Suppose Javier Assad is healthy on opening day in 2023. Is he on the list?

If healthy, will Javier Assad be on the Cubs’ 2023 Opening Day roster?

Thanks to everyone who stopped by tonight. If you need anything before you go let us know. Be sure to tip the servers. Recycle your empties. Drive home safely. And join us tomorrow night for another edition of BCB after dark.