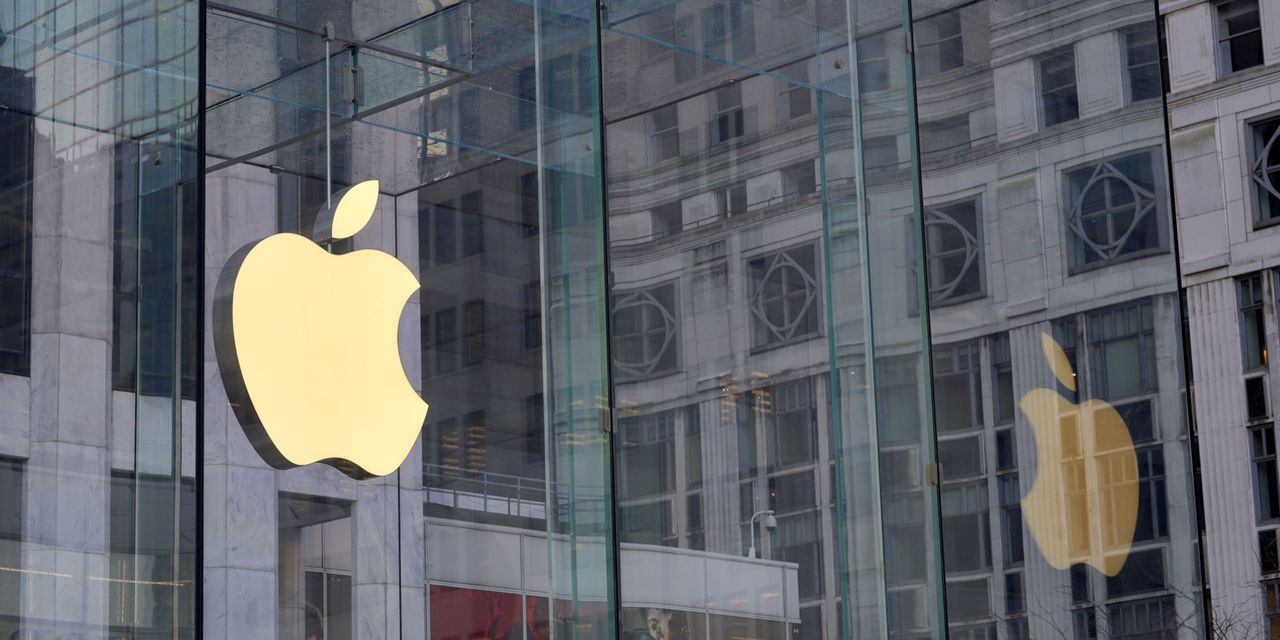 
The only takeaway from a week of volatile earnings reports was that we shouldn’t get our hopes up.

On the face of it, this earnings season has been pretty decent. With about 69% of S&P 500 companies reporting through Thursday’s close, first-quarter earnings were on track to grow more than double-digit as more than three-quarters of companies beat expectations. The market, however, is much less excited about the results – the S&P 500 has since fallen 6%

(ticker: JPM) kicked off the earnings season on April 13.

The problems start with Big Tech, where the days of tandem moves and rising stock markets seem to be over.

(AAPL), the largest US company by market value, fell 3.7% on Friday after its outlook disappointed, although

(MSFT), the second-largest US company, ended the week up 1.3% after reporting what Morgan Stanley analyst Keith Weiss called a “strong” quarter. In the same way,

(AMZN) fell 14% amid signs of overexpansion.

(SHW) rose 12% after reporting better-than-expected earnings on Tuesday, which seemed to indicate owners were willing to continue spending, but before investors could extrapolate further,

“More talk about supply chain issues, cost pressures,” says Dave Donabedian, chief investment officer at CIBC Private Wealth US. “That has clouded the outlook for the rest of the year.”

Investors should judge each situation on its own merits. If there’s anything winners have in common, it’s low expectations. Meta was down 49% for the year before Wednesday’s print, so the big gain could have simply been a sign that investors were expecting it to be even worse. High expectations were more likely than not to be disappointed.

“The penalty for disappointing is far greater than the benefit of meeting or exceeding consensus expectations,” says Satya Pradhuman, research director at Cirrus Research. His recommendation: Avoid “profit torpedoes”, companies that need to generate perfect profits to avoid an explosion, and focus on “fallen angels”, where low expectations are the order of the day.

(ULTA), whose stock has fallen 3.8% this year, falls into the torpedo camp, according to Pradhuman. Its earnings are expected to grow at a 19.8% pace from 16.4% in the first quarter of 2021, while the stock trades at an expensive multiple to the industry.

(STER), according to the firm’s screen. Fallen Angels, on the other hand, have analysts who coalesce around numbers that might be considered “disappointing,” but would be easier to meet or beat. They include BJ’s Wholesale Club Holdings (BJ) and AES Utility (AES).

Or we could just sit back and wait for something better.